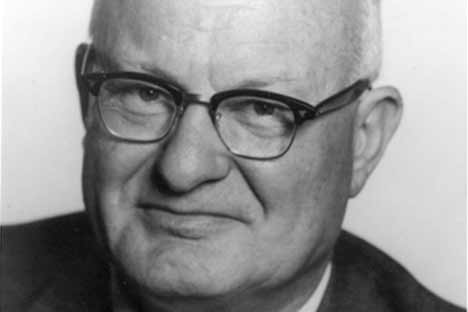 She turned the water off and stepped out of the shower. Pausing for a moment, she listened to the sounds of the household. Her mother’s ear quickly determined that the children were playing with dominos in the living room, giving her time to fix her hair. With a towel wrapped around her waist she moved towards the sink. The hairbrush in her left hand she picked up the hairdryer with her right. With quick deliberate strokes she started forming her hairdo and drying her curls. Feeling satisfied, she gently set her hairbrush down and in doing so came in slight contact with the faucet.

A sudden crash of light and energy overcame her the moment she made contact with the faucet. Her right hand violently tightened around the hairdryer and her bicep contracted with a strength she didn’t know she had. With one hand touching the faucet and the other gripping the hairdryer, the electrical current raced mercilessly through her body. Time stood still! For some reason, her arms would not obey her mental commands. Her brain screamed “ELECTROCUTION!” as she tried to holler for help. As she attempted to do so, she found her throat paralyzed. Her lungs could no longer move. She was trapped in a painful electrical prison – unable to move or scream. Her only companions were pain and fear. Darkness began to quickly cloud her thoughts, she could only think of her young children in the next room.

They found her lifeless body – blue in color and her hand still tightly clutching the hairdryer.

An examination of the appliance revealed a slight cut in its electrical insulation. Current had flowed from the appliance’s electrical conductors throughout her body until the moment she died and fell against the bathroom wall.

Electricity has changed the world for the better, but electrocutions are often times unavoidable. Hundreds of people die each year from similar low-voltage electrocutions. Many are killed from “ground faults” within electrical appliances when small breakdowns in insulation allow current to escape and flow through their bodies. These fractions of an ampere kill people when no technology exists to prevent this type of current flow. This has fortunately changed, thanks to the work of a brilliant electrical engineering professor.

Charles Dalziel received his degree in electrical engineering from the University of California – Berkeley. He worked for General Electric and San Diego Gas and Electric before rejoining the Electrical Engineering department at Berkeley. He obtained several more degrees there and taught courses in power systems. When a colleague asked him for help with a device designed to electrocute barn flies, he began studying the effects of electric shock. Little published data existed to evidence the impact of current flow on the human body, so he began to perform his tests on volunteers. These electrical contact studies became a landmark for electrical safety.

Dalziel’s published data made him a highly sought-after expert. His book, The Effects of Electric Shock on Man, is still widely referenced and utilized. As an expert, he was often asked to consult on electrical fatalities. As Dalziel began to investigate electrical accidents it became clear that many fatalities occurred from what are known as ground faults. These such fatalities, as in the story above, occur when current leaks from the insulation of an appliance and then flows through a person. Most often, this current level is quite small, and a standard circuit breaker does not recognize the fault.

In 1961, Dalziel invented a lifesaving and ground-breaking device. At the time, electrical fatalities were approaching 1,100 a year. His device integrated a magnetic sensing circuit with a newly developed semi-conductor. Thanks to this breakthrough, ground faults greater than 5 milli-amps could now be detected and interrupted in micro-seconds. In 1965, he was awarded a patent for a small, reliable, and inexpensive device that saved lives. The technology was so effective that the National Electrical Code quickly mandated their use. Within the span of 25 years, electrocutions were cut in half. It is estimated by the Electrical Safety Foundation that if GFCI protection was installed in every house in the United States, 70 percent of the approximate 400 home electrocutions that occur each year could be prevented. GFCI outlets and GFCI breakers have substantially improved low-voltage safety.

This brings us to today. John Thompson received his M.S. in electrical engineering from the University of Idaho. Having family members in the electrical industry, he was abundantly familiar with the hazards of high-voltage contacts. When he met Tim Ledford and Brandon Bledsoe, he discovered some kindred spirits. They too became aware of the dangers of high-voltage contacts. Together, they had the same vision and audacity that fueled Charles Dalziel.

Capitalizing on advancements in sensing technology and semi-conductor design, these three founded a company that now develops a device to prevent high voltage electrocution. New magnetic sensors and new circuit board technologies allow their directional high voltage and current detection device to now be a reality. After numerous prototypes and a great amount of field testing, the COMPASS Personal Voltage and Current Detector was born. Its intelligent form factor allowed the advanced sensing technology to be coupled with innovative software to make the COMPASS the best wearable personal voltage detector ever invented. This low cost, lightweight device was designed to integrate with the wearer’s every-day senses. Through its peripheral LED lights and internal speakers, users of the COMPASS are given a sixth sense for electrical safety. Seeing and hearing high-voltage danger is now a reality.

COMPASS technology and its design is a paradigm shift. History has an uncanny tendency to repeat itself. Someday, people will look back at the COMPASS in the same way they look at the GFCI. The technology and form factor of the device has already proven to be a life-saver. High-voltage electrical safety is now improved forever.

If you can be impacted by high-voltage dangers, be sure to get a COMPASS and set a new direction in your personal electrical safety.