Why Emergency Response Takes so Long 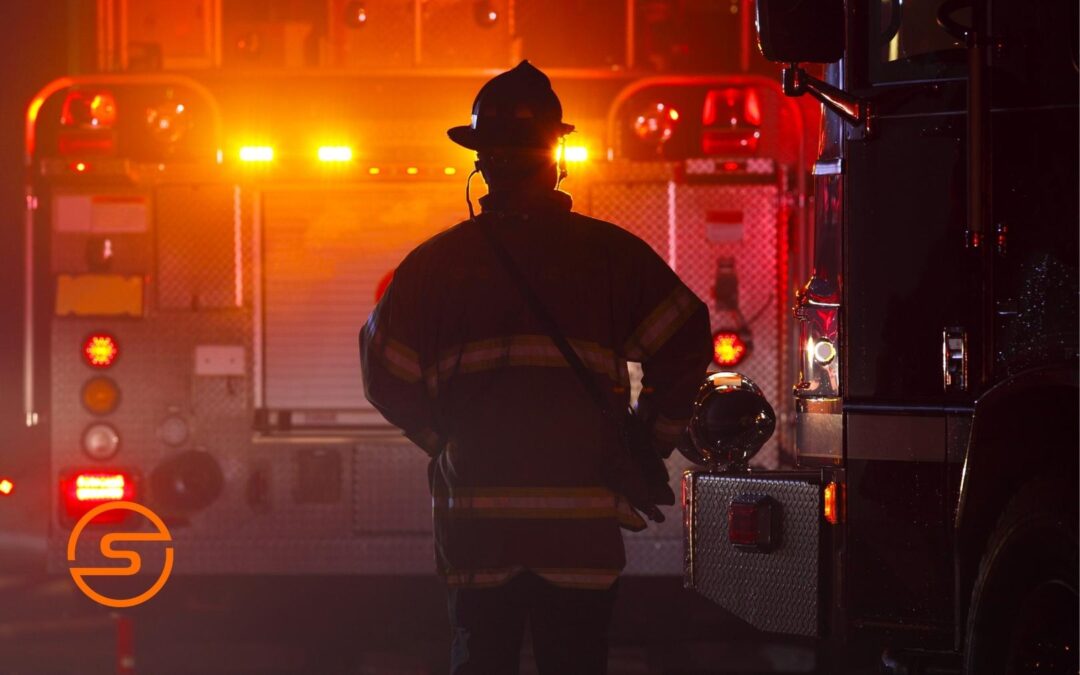 Tiffany pulled her scarf up around her face to protect against the harsh wind as she walked home from class. She hated getting out so late from her labs in the winter. With the sun setting, she always had to walk home in the dark. Her thoughts quickly turned to the ever-growing task list to prep for finals next week. Tiffany was so caught up in her thoughts she almost missed the sound of footsteps behind her. Stopping at a streetlight she turned around quickly, taking out her phone and looked back. A figure quickly ducked in a dark doorway to get out of her immediate line of sight.

Now on high alert, hands shaking, she tried to call her brother. Her fingers were freezing as she fumbled with the touch screen. No answer. She called her roomate, who answered but before Tiffany could say anything Beth said she’d have to call her back and hung-up. Brittany couldn’t remember the number for campus security so she called the next number she could remember, 911.

Tiffany started running then. She was thinking she needed to be unpredictable, hard to follow. She was looking for a common area with someone she could talk to as she was connected with the dispatcher.

“Hello, 911 what’s your emergency?” “Hi my name is Tiffany, I’m a student at WSU and someone is following me.” The weightless feeling surprised Tiffany as her right heel swung above her head and her body rotated. She landed on her shoulder blades and felt the air abruptly leave her lungs. She could hear the dispatcher saying her name over and over again, but try as she might, Tiffany could not speak.

A feeling of outside looking in began to take over Tiffany as she tried to get air. When she was little she had gone fishing with her dad and after she caught one, it lied on the deck opening and closing its mouth. She imagined that’s what she looked like as the steps neared her.

“Tiffany, tiffany please if you’re there please say something”. The sound of the dispatcher was distant to her as the figure loomed over her on the icy sidewalk. 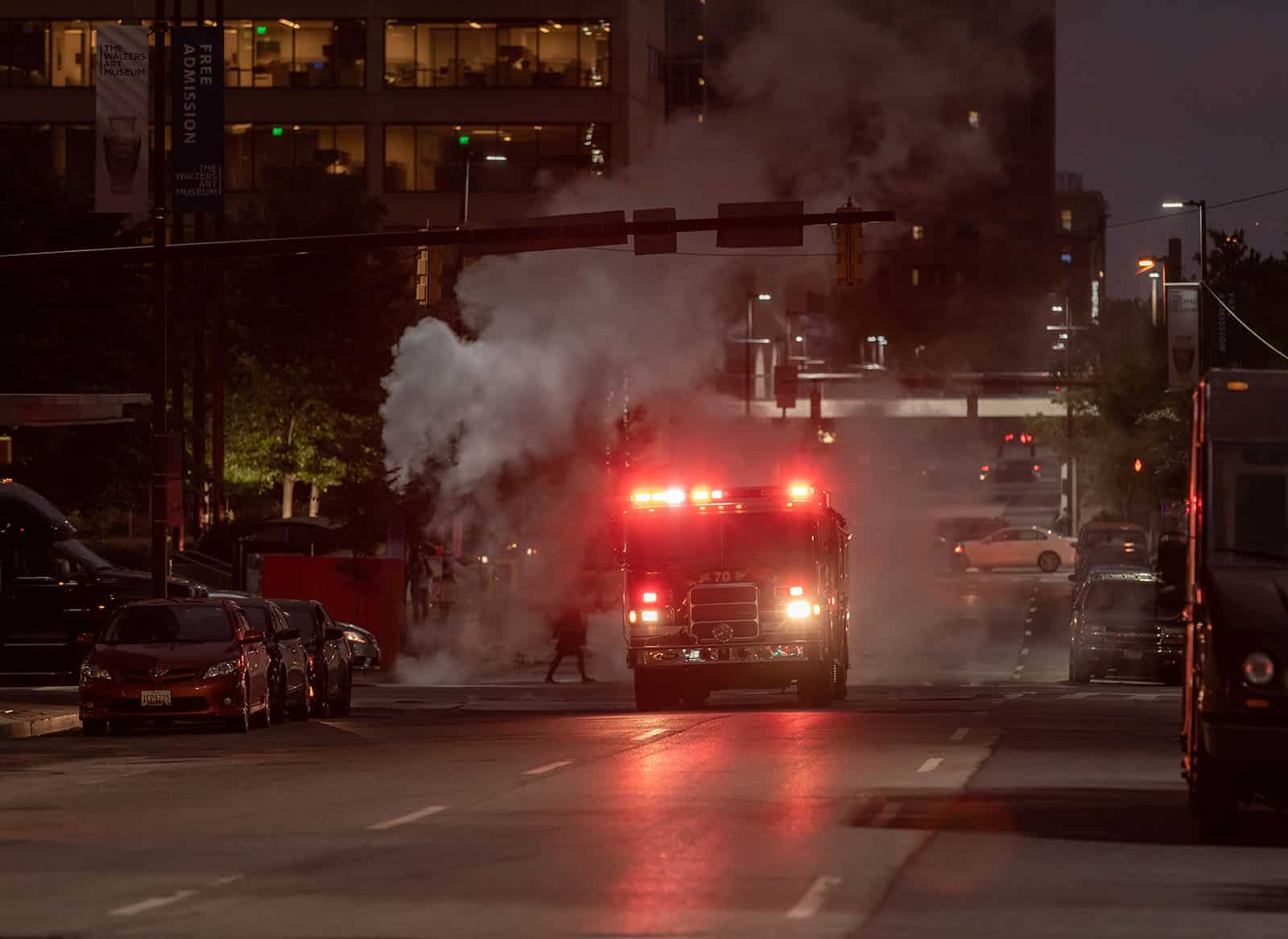 This story is an artistic interpretation of a very similar situation that happened to Brittany Zimmerman at the University of Washington in 2008. Authorities were not able to accurately determine Brittany’s location due to her being incapacitated.

One does not need a degree to be able to assess that every second counts in an emergency response situation. So why does emergency response take so long? A step to finding out the answers can be narrowed down to three key factors.

For this article, we pulled data from Rapid SOS’ white paper: “Quantifying Emergency Response.” The author talks about how detrimental call re-routing can have in making sure the proper teams arrive at the location.

“…for every minute delay in primary response for certain life-threatening medical emergencies, there is a measurable effect on mortality.” (RAPIDSOS 2019). This can happen for a multitude of reasons, but a chief factor is that the original 9-1-1 infrastructure dates to the 1960s (RAPIDSOS 2019).

“…for every minute delay in primary response for certain life-threatening medical emergencies, there is a measurable effect on mortality.”

In 2007, the New York Times pointed out “the system has not kept pace with the nation’s rapidly changing communication habits,” (DEWAN 2007). It seems much of the struggle is trying to take the technology of cell phones and adapt it to the older infrastructure, which isn’t compatible.

Even in 2022, RapidSOS went on to say “calling 9-1-1 through a landline is still the most reliable method for connecting to emergency services.” An accurate location is the single most important thing PSAP needs to know (RAPIDSOS, 2019). According to a 2014 publication by the  Federal Communications Commission, it’s estimated that 73% of 911 calls are now from mobile devices (Federal 2014). Unlike landline phones, cell phones cannot immediately provide accurate location information to PSAPs. Additionally, an investigation done by Jeff Rossen of NBC news revealed that 60% of wireless calls to 911 cannot be accurately located by emergency dispatchers (Rossen, 2015).

60% of wireless calls to 911 cannot be accurately located by emergency dispatchers.

This begs the question, what are other areas of the country like in regard to accurately determining location? A 2014 National 911 report shows that six states haven’t fully implemented the requirements for ‘Wireless Phase 2’ which requires an accurate determination of the caller within 125 meters 67% of the time and Selective Routing based on those coordinates. These states include Arizona, Alaska, South Carolina, Illinois, Idaho, and South Dakota (RAPIDSOS, 2019). This is especially important in situations like our intro story, where the caller is incapacitated and cannot reliably communicate their location.

In 2008, a college student named Brittany Zimmerman died because her location could not be determined. She was incapacitated, and her body was found almost an hour later by her boyfriend after she had been stabbed. In an unrelated, but similar situation, an 8-year-old child was on the phone with dispatchers after tragically seeing her mother gunned down, but was so traumatized she could not accurately communicate her location and her mother bled out. This is also applicable to industries with Lone Workers who are isolated from the rest of their team who may become injured and unable to communicate their location.

It’s a no-brainer that horrible tragedies like these could be mitigated if our technology were more up-to-date. We all know that when a life is on the line, every second counts. So what’s the solution? We can either bring back public payphones… or maybe it’s about time to start innovating. We need devices that passively determine the caller’s location and relay it to emergency services. This could save precious minutes which in turn saves lives and dramatically reduces damage.

It seems silly to write, but ultimately the dispatch system needs a serious overhaul. With precious minutes being wasted on re-routing calls to correct districts, or hiccups in the system between outdated landlines and mobile devices, any gap is too great when it comes down to your life or a loved one’s life. Forget flying cars, where’s the system that will close the gap of time between a person in need and emergency services?