Opposition to the Current Flow

The Safeguard Compass has received a lot of attention from those looking to enhance their personal safety. For many, the decision to purchase has been an easy one. Once we show potential customers how simply the Compass device works and what it does, the response has been overwhelming. Safety experts and progressive leaders throughout many industries have quickly become the best product advocates. Clearly, the Safeguard Compass is charting a new course in electrical safety. Many have said, “this is exactly what we have needed for so long.”

It is no mystery to most people that electricity can be highly dangerous. Sometimes, electrical currents behave in unanticipated ways and quite often voltages are present when we don’t expect them. Simple forces can quickly change normally safe electrical circuits into life-threatening situations. Corrosion, faults, weather damage, and switching errors are just a few of the many scenarios that can lead to an unpredictable electrical condition.

From an electrical safety standpoint, the problem is simple – the human body is a great electrical conductor. If a voltage is great enough, current will be passing through the body and, as a result, it reaps a gruesome path of destruction. Cruelly, nerves and blood vessels burn and deep tissues are destroyed while victims are still conscious. Can you imagine that experience of pain and fear? The human damage coupled with the immense economic damage of a single electrical contact accident is unfathomable. The only acceptable number for electrical contacts is ZERO. None, not a single, not one!

When confronting electrical hazards workers will often rely upon some additional electrical resistance, such as those usually found in the form of insulating materials that oppose the flow of current. These comprise a wide range of items when you think about them. Rubber gloves and sleeves, dielectric overshoes, foam-reinforced hot sticks, fiberglass aerial lifts, and dielectric barriers and isolation devices are all great examples. They were developed to make it safer while working around electrical conductors. These must be used in conjunction with proven safe work practices – inspecting before use and maintaining periodic testing to be effective. Each of these are incredibly effective at keeping their users safe from lethal voltage. Many workers would be alive today had they utilized these effective preventative protocols and tools.

During other electrical contacts, people have wrongly concluded that a circuit was de-energized or failed to recognize they were approaching an energized conductor. In these unfortunate situations, too numerous to count, people have been severely impacted when they encounter electrical conditions that weren’t expected. With the low cost of the Safeguard’s Compass device and its brilliant wearable design elements, people can now have a “sixth-sense” for electrical safety when natural disasters strike, or when around electrical systems and grids. There is now a new “opposition” to the dangerous current flow in our body. The durable, comfortable, and revolutionary Compass can watch over the work site and give users a new layer of protection.

* Protection for the cold and shivering line-worker foot-patrolling an overhead circuit in the snow during the dead of night.

* Protection for the overwhelmed wire guard and the exhausted storm damage assessor as they grind to help get this system back up.

* Protection for the pre-apprentice or apprentice distracted with the challenges of earning their stripes.

* Protection for the hot and dirty wild-land firefighter just trying to pay attention to hundreds of hazards in addition to electrical ones.

* Protection for selfless ones like aid workers, response volunteers, and even military units as they respond to disasters and help communities to survive and rebuild. 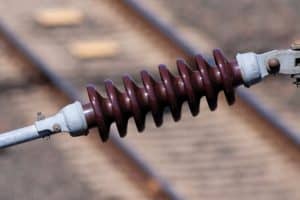 You’re one step closer to experiencing the incredible safety enhancement that Compass can provide. Submit the form below and a member of our sales team will be in touch soon to schedule a demo.

We are seeking an entry level Embedded Systems Engineer to become an integral part of our team. If you enjoy working in a Startup culture that encourages out of the box thinking, then Safeguard Equipment is a perfect fit for you. We create innovative safety products that are reshaping safety standards for anyone working around high voltage electricity. This role will primarily consist of improving our wearable safety sensor, Compass, and leading the software implementation of our next generation products. You will be working with a focused engineering team and will be responsible for creating and modifying computer application software and embedded systems firmware.
Software Engineer Requirements:
Assist with the programming of low-level logic for microcontrollers (MCU)
Proficient with embedded systems programming
Proficient with C/C++
Proficient with python
Experienced with BLE stack
Experienced with app development
Experience working with connected “Internet-of-things” products
Roles & Responsibilities:
Create flowcharts and documentations for new and existing software
Collaborate with other developers to design and optimize code
Organization and revision control of product software using Github
Lead development of COMPASS firmware in Segger Embedded Studio
Lead development of Safeguard’s data service web-application
Assist with implementation of new features in a new MCU systems and IDEs
Assist with COMPASS-Pro Phone App development and maintenance
Assist with project management for any external contracted software projects.
Software improvements to Manufacturing Test Kit and Q/A test benches.
Qualifications:
Knowledge of C, C++, Java, Python, and other programming languages
Knowledge of programming in Nordic’s “SEGGER Embedded Studio” is preferred
Deadline and detail-oriented
Must work well in teams
Strong analytical and critical thinking skills
About Safeguard Equipment:
Flexible Paid Time Off, Medical / Dental / Vision Benefits
401(k) after 1 year
Professional development assistance
Tuition reimbursement
Gym reimbursement
Corporate Schweitzer ski passes
Friday Lunch provided

Safeguard Equipment, Inc. produces Compass, an industry leading personal voltage and current detector that enables its users to be more aware of electrical dangers found in their work environment. Compass is the world’s first voltage detector that provides both proximity and directional alerts. As Compass continues to take over the electrical industry by storm, Safeguard Equipment continues to steam ahead towards the development of new high tech, durable, life saving devices. With a family culture that promotes creativity, personal growth, and change, employees at Safeguard Equipment unite to produce products that will forever make the world a safer place.