How First Responders Can Benefit From PVDs 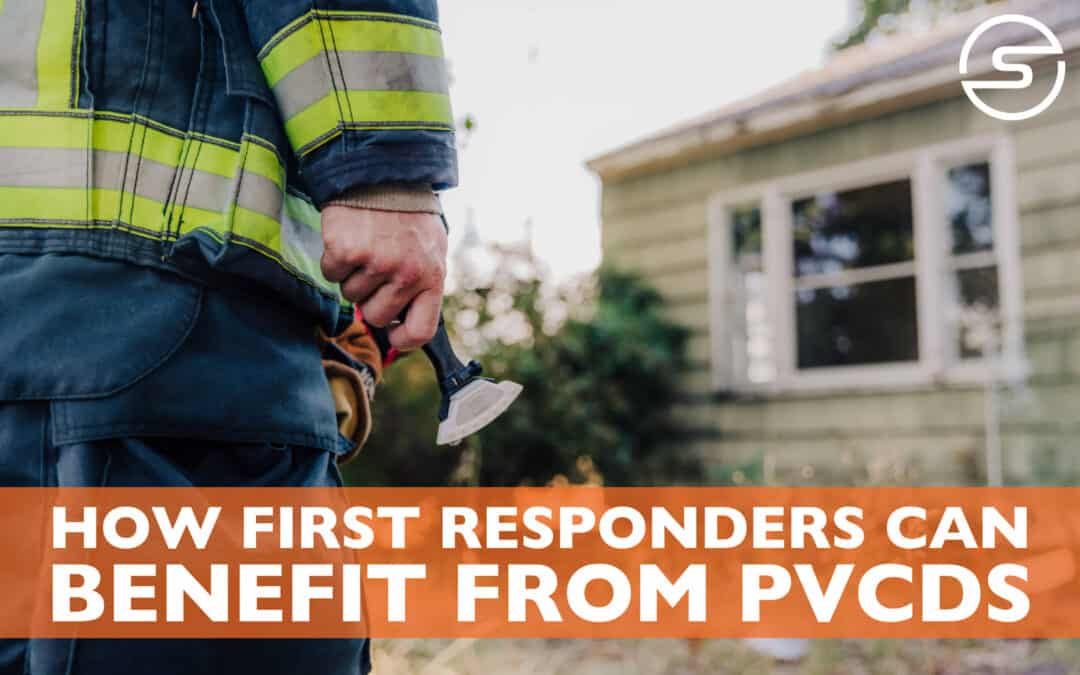 The term “first responders” is used to designate anyone called to be the first on the scene to respond to an emergency. Emergencies include natural disasters, accidents, and deliberate attacks, such as terrorist activities, shootings, arson, or other crimes.

Depending upon the situation, first responders can include firefighters, emergency medical technicians (EMTs), law enforcement, utility workers, and public health professionals; in some cases, a combination of all. In some emergencies, it may even mean state- or federal-level personnel, such as state police or the national guard.

It might seem a bit surprising to see the term “utility workers” in the group of first responders, but there is a good reason for including them. Numerous disasters, both natural and human-caused, can result in problems with the power grid. Issues in the power grid, such as when a storm knocks down a power pole, can create electrical dangers that require expert attention. Reliance on a working power grid is critical, especially in a crisis event, as people will need lights, heat, the use of equipment, and buildings powered by electricity. Because of this, utility line workers must create a safe environment so other first responders can do their jobs.

We Rely on First Responders for Our Safety and Security

Unfortunately, stories like these are not uncommon in the first responder industry. In a world with increasing electrical demand, where nearly every building and every street is wired, dangers of electrical contact are a factor in almost every disaster. And when those disasters strike, it is first responders who put themselves in harm’s way to save the lives of others.

The COMPASS PVCD from Safeguard Equipment

Most first responders are aware of the dangers of electrical hazards within their jobs. That said, electricity is only one of the many daily threats they face while attending crisis events. The unique problem with electrical risks is that electricity cannot be seen, felt, or heard. Firefighters can still get electrocuted even when the best safety practices and procedures are implemented to ensure an area is de-energized. When under pressure to take action, they need help identifying all the various factors at play.

One thing they can do to protect themselves is to use personal voltage and current detectors, or PVCDs. A PVCD will alert the wearer to the presence of energized lines. The COMPASS PVCDs manufactured by Safeguard Equipment can detect both voltage and current. It offers the user both visual and audible alerts, which can provide information on the proximity and the direction of the source of the danger.

The COMPASS PVCDs operate hands-free, clipped onto a hard hat, hand-held mount, or another article of clothing. They provide the wearer with 360-degree awareness of the presence of energized lines. These PVCDs can be used in any situation; they are weather, water, heat, and impact resistant. They can also provide 80 hours of battery life on a single charge.

Because these PVCDs provide automatic situational awareness, a first responder using the device can rely upon it to provide alerts if an electrical danger exists. This power helps first responders focus on their primary jobs: rescue, fire containment, rendering medical aid, safeguarding the public, or other tasks. Unless and until the PVCD alerts them to the unseen danger of energized wires, they can have peace of mind that they are safe from electrical hazards.If you would like a demonstration of any of Safeguard Equipment’s COMPASS PVCD’s, including the latest product, the COMPASS Pro emergency response solution, contact Safeguard Equipment today.