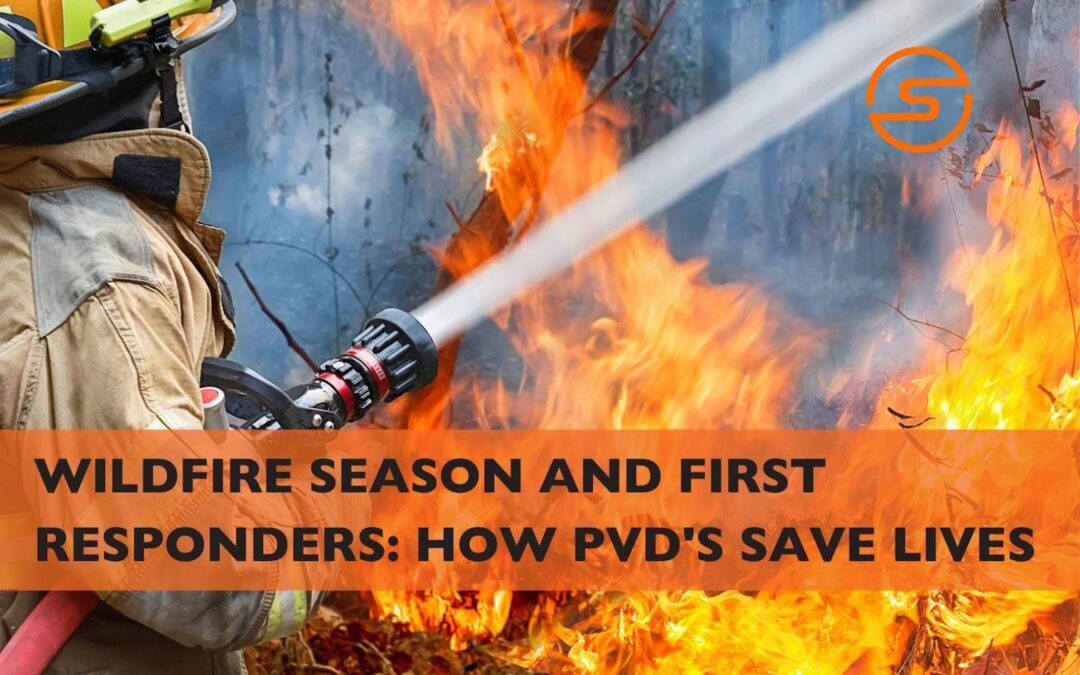 Over most of the country, summer brings hot, dry weather and thunderstorms. While summers have their obvious charms, there is a clear downside: as the heat continues, the risk of wildland fires increases.

Grasses and underbrush turn brown, and creeks and surface water dry up. Conditions become ideal for fire, and overly-dense forests suffering from a drought can become a tinderbox. Wildland fires can be sparked by all sorts of things: lightning strikes, downed power lines, poorly supervised and managed campfires or debris fires, intentional arson, tossed cigarette butts, sparks from engines or hot exhaust pipes, and controlled fires that get out of control.

In 2021, data compiled by the National Interagency Fire Center (NIFC) in Boise, Idaho, recorded almost 59,000 fires in the United States that burned over 7 million acres.

In recent years, these fires have not only destroyed wilderness areas, but have destroyed many homes, as more people have begun to further encroach on areas that were formerly undeveloped. In 2021, over 500 homes were destroyed by fire in Colorado, and in California, over 3000 structures burned down.

Unfortunately, these numbers are not unusual in any given year, and thousands of firefighters and first responders must be prepared to react, not only to contain and suppress fires, but to make sure all populated areas are evacuated and to ensure necessary search and rescue operations are carried out.

The fact is, the presence of homes adds an additional level of complexity to the challenges presented by firefighting, not just in terms of the lives at risk, but because power lines exist in close proximity to homes everywhere. The presence of power infrastructure is no small matter when it comes to wildfires. The fact is, power line failures or damage are a common cause of wildfire. In California, the most wildfire-prone state in the country, power lines are the third most common cause of wildfires. The infamous Camp Fire in Paradise, California, the single most destructive fire in California’s history, was started by a faulty electrical transmission line.

This situation presents a circular problem: where people are, power lines are, and where power lines are, the risk of fire increases. Since lives in danger always present a priority for firefighters, first responders have to contend not only with the dangers inherent in fires, but also with the danger of being electrocuted from energized wires.

When people build in wildfire-prone areas, one of the essential tasks for fire prevention is keeping trees clear of power lines. This means that utility workers have to do line-work in areas that are often surrounded by wildlands and forests and tree workers must work around power lines. =

In these situations, using Safeguard’s COMPASS G2 personal voltage detector (PVD) to keep workers safe should be a no-brainer. The COMPASS G2 is a compact device that clips right onto a standard hard hat. It provides a tree-care worker or utility line worker with both audible and visible indicators if there is an energized wire within the vicinity–not just in the direction the worker is facing, but anywhere in a 360 degree radius of the user. Because some of these workers have to work around power lines all the time, the sensitivity level of the PVD can be adjusted to alert the worker only when they get closer to the energized source.

Unlike most PVDs, the COMPASS G2 also detects current, which allows users to receive notification of an electrical threat even if it is hidden behind an obstruction or located underground. The COMPASS G2 will indicate by the color of the alert whether it detects voltage or current. Furthermore, it provides a directional indicator, letting you know where to steer clear.

When fires do occur in populated areas, it means that firefighters are doing their jobs where there may be energized lines. During a wildfire, visibility is severely diminished. When flames and smoke surround you and you are trying to get a hard job done and look for survivors, it would be pretty extraordinary if you could simultaneously keep an eye out for downed power lines and energized wires. The fact is, you have more than enough to handle without needing to add in the additional task of seeking out whether there are energized lines in the vicinity. What you need is a “sixth sense”. The COMPASS G2 can provide it.

By clipping onto a hard hat, hands free and within easy visual and audible range, the COMPASS G2 takes some of the risk out of the situation. All your training and experience needs to be focused on the job at hand, and the job is dangerous enough without adding the risk of electrocution to the mix.

When you equip your entire brigade with the COMPASS G2, you can keep your crew safer. It doesn’t matter if you are fighting a fire in an urban skyscraper or a wildlend fire, your crew will have an extra layer of protection and peace of mind. Not only does the COMPASS G2 alert you that an energized line is near, but when the alert does not go off around electrical lines, your crew can be confident that the line is not energized, and can keep doing what needs to be done without fear of electrocution.

Safeguard’s mission is to safeguard the people who keep us safe: firefighters, utility workers, and others whose jobs bring them in close proximity to dangers that the rest of us rarely have to face. To find out more about the COMPASS G2 PVD, to obtain a free demonstration of its capabilities and features. Or, if you’d like to purchase PVDs for your crews, contact Safeguard today.