How Important Is Rapid Emergency Response? 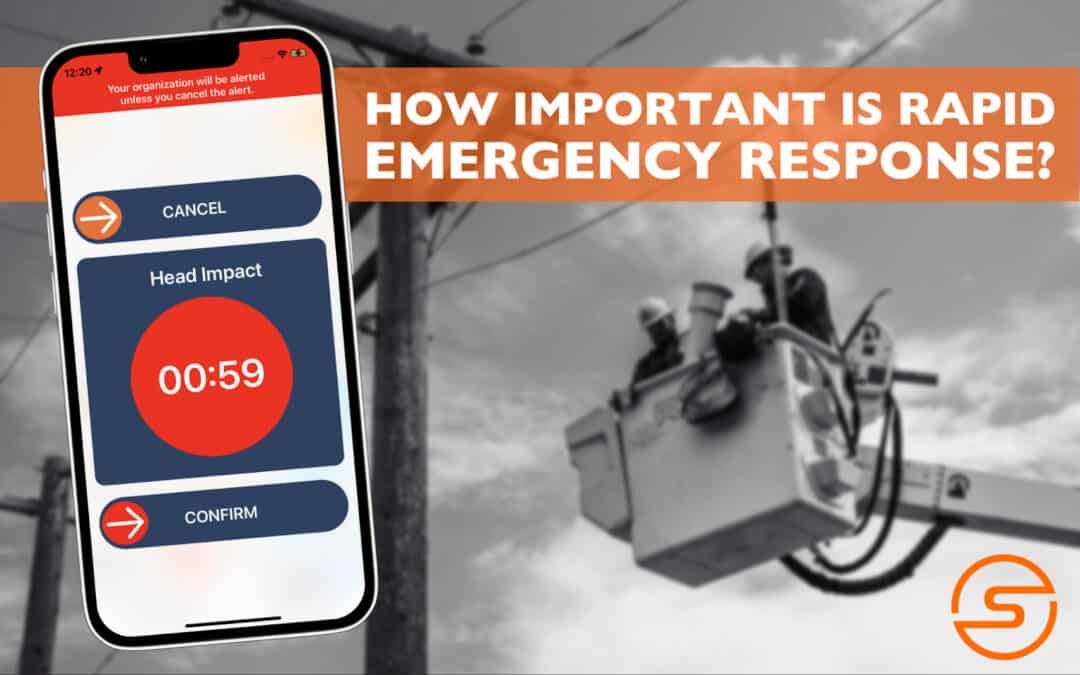 On February 16, 1968, the first 911 call was made in Haleyville, Alabama. That call marked the advent of the 911 universal emergency call system, first proposed in 1957, that was engineered specifically to enable people anywhere in the United States to call one, single, easily-remembered number in the event of a fire, police, accident, or medical emergency. By the year 2000, 93% of the U.S. population was covered by the 911 system.

The system is a critical part of the country’s emergency infrastructure. Unfortunately, it was built with landline telephones in mind, and, with minimal exceptions, the system has not been able to keep up with technology. As the use of mobile phones as a replacement for landlines has virtually exploded over the last two decades, several serious handicaps have been identified in how the 911 system currently works.

Many people often regard their mobile phones as an important safety tool, presuming that 911 services will readily respond should an emergency occur. But the fact is, although 911 service is accessible from mobile phones, the ability of the 911 system to track mobile callers is extremely limited. With cell phones, the 911 dispatch center is unable to locate where a 911 caller is calling from without specific address information provided by the caller in more than half of all cases.

While 911 response limitations are carefully spelled out in most mobile phone service user agreements, few, if any, people bother to read the fine print. Many times, a 911 call will be routed such that the dispatcher not only does not know the location of the caller, but is not able to determine the number that the call is coming from or even the name and address of the person on the mobile phone account for that number. Sadly, this handicap has resulted in delayed 911 response times that have frequently resulted in tragedy.

In emergency medical settings, trauma doctors refer to the “Golden Hour.” This term was coined to describe the critical period between the time a traumatic injury occurs and the time the injured party receives needed medical care. If appropriate care is not administered within this window, the likelihood of morbidity or mortality increases significantly.

While some doubt has been cast on this idea as a universal principle for all trauma injuries, for certain types of traumatic injuries or conditions, such as cardiac arrest, drowning, or injuries that involve excessive bleeding, there is no doubt that time is of the essence. For example, if a person’s heart stops or he stops breathing, the lack of oxygen flowing to the brain can cause permanent brain damage in as little as four minutes, and death can occur within six minutes. It is essential that life-saving intervention – in this case, CPR – is begun as soon as possible. Anyone who is able to begin chest compressions should do so even if he has no other medical skills until EMTs arrive and can take over.

Certain workers who work out in the field often face unusual risks of injury. For a construction job, a lineman’s job, or a firefighting job, the working conditions constantly change not only on a day-to-day basis but during the course of a particular day or even a particular task. In addition, these jobs have inherently dangerous aspects, whether it is working around live electrical lines, working at heights from bucket trucks or on ladders, or working in bad conditions – in stormy weather, in the midst of fire and smoke, at night, or in otherwise low-visibility settings – while still trying to accomplish a highly specialized and difficult task.

For workers who face serious risks on an ongoing basis, the ability to obtain emergency medical care in the event of an injury is absolutely critical. Electric shock injuries, for example, can result in burns, cardiac arrest, tears to muscles, tendons, and ligaments, damage and burns to internal tissue, and neural damage. Falls often result in broken bones, concussions, internal damage, and head trauma. Delayed emergency medical care in these types of cases is often the difference between life and death, or between recovery and permanent disability.

The product is a combination of a voltage, current, and injury detection device coupled with a cell phone-based application (App) utilized by each individual worker. The detection device has voltage and current detection capabilities as well as arc-flash, fall, and head-impact detectors. When linked to the Safeguard Equipment app, anytime an injury event such as an arc flash or fall is detected, the device begins an automated 60-second countdown timer during which the user can cancel the alert in the case of a false alarm. If the countdown is completed without cancellation, however, the app will automatically notify a designated emergency response team of the event.

The app then automatically activates the user’s cell phone geolocation service. It also opens a channel of communication between the response team and the user by which the user can indicate what help is needed simply by touching one of the pre-set responses on the cell phone. Unless the user affirmatively indicates that no help is needed, the response team can notify 911 services, and accurately convey the location of the injured party, the time of the injury, and the likely cause of the injury. The response team can also communicate with other workers in the vicinity who may be able to render immediate aid or provide other assistance to the injured user.

In addition to the injury-detection capabilities of the device, both the device and the App have a general SOS button that allows a user to summon emergency assistance immediately, even if the device has not detected any injury event. In this way, the COMPASS Pro goes far beyond the utility of its predecessor PVCDs. Not only is this device for those who primarily work around energized lines, but can be used for any worker who needs the benefits of enhanced medical response capabilities.

In developing its safety products, Safeguard Equipment has carefully researched the factors that increase the risk of harm to workers in the field. Preventing injury is only one component of the picture when it comes to worker safety; another important part is being able to summon emergency medical assistance on-site in minimal time whenever an injury occurs.

The new COMPASS Pro emergency response solution revolutionizes the concept behind the PVCD to provide comprehensive protection for workers. By interconnecting the entire workforce for the purpose of mobilizing emergency response as quickly as possible, the COMPASS Pro gives workers, their colleagues, their families, and their companies reassurances that, should a life-threatening emergency occur, a worker’s well-being is not dependent on luck or the right circumstances. With the COMPASS Pro, even lone workers are assured that, when it comes to needing aid, they are not isolated from immediate help.

If you would like more information about the new COMPASS Pro emergency response solution or a demonstration of its capabilities, contact Safeguard Equipment today.