The Dangers of Arc Faults 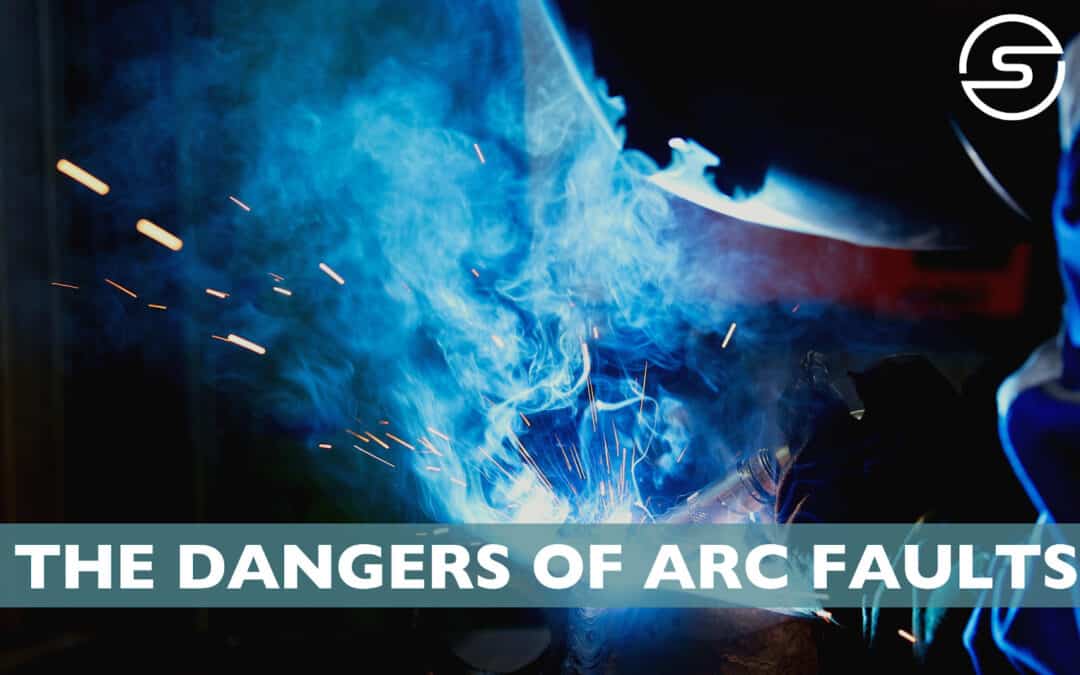 Safeguard Equipment is the industry leader in developing, designing, and manufacturing state-of-the-art personal voltage and current detectors (PVCDs) that protect line workers, electricians, telecom workers, and others. PVCDs can protect workers from the dangers of working around and with energized lines and equipment. They create the first line of defense, alerting workers to the presence of energized lines.

In developing these additional utilities, Safeguard Equipment researched the injuries that are most likely to occur to workers who use PVCDs that need emergency medical attention. Here we will discuss the risks these workers face from arc flashes.

What Happens When There is an Arc Fault?

According to the Bureau of Labor Statistics, arc fault incidents occur five to ten times daily and injure around 1,000 electrical workers annually.

Technically, two events can result from an arc fault explosion: an arc flash and an arc blast. An arc flash refers to the heat and light that results from the explosion. An arc blast is a pressure wave created by an explosion.

An arc fault explosion occurs if an electrical current passes through ionized air. It is commonly the result of an unintentional or accidental event when an energized conductor, such as a wire, comes into contact with another conductor or a grounded surface. It can happen when someone drops a metal tool that comes into contact with two conductors when there is faulty equipment or wiring, when wires or connections are corroded, or when equipment fails. Electrical current can energize condensation or dust or move across the air to something close. The resultant explosion can ionize the surrounding air and create an extremely loud, bright, and hot plasma arc.

An example of a small arc fault explosion is when an incandescent lightbulb burns out. When the filament breaks (usually from just being worn out), there is an instantaneous bright flash as the electricity arcs in the air within the bulb. There is a popping sound, as well.

But a severe arc fault explosion from electrical equipment occurs on a much larger scale. In the worst case, when arc fault incidents involve high-voltage electrical equipment, temperatures can reach 35,000 degrees Fahrenheit – about four times hotter than the sun’s surface. The arc flash can reach 1 million lux or 100 times brighter than looking at the sun. The sound of the explosion may be around 140 decibels, similar to a gun being discharged near your head. The flash may last only a millisecond, but even that instantaneous blast can cause severe burns, blindness (or other eye damage), and hearing loss. The heat is so intense that it can vaporize metal; further injury can result from inhaling gasses and vaporized metal. It can result in serious long-term health issues for workers who survive an arc fault explosion.

The explosion can also cause a pressure wave called an arc blast. When materials like metal vaporize, their volume expands rapidly. For example, vaporized copper expands to 67,000 times its solid volume. The rapid expansion of gasses due to the heat can destroy surrounding equipment, scattering super-heated shrapnel into the immediate area, and injuring or killing people up to 20 feet away.

While the right PPE can prevent burns, gas inhalation, and sight and hearing damage, PPE usually cannot protect personnel from an arc blast. Hot shrapnel will easily penetrate most protective clothing when traveling at that speed.

Arc fault explosions are a hazard that all electrical workers face, which is why numerous regulations govern the proper configuration of electrical equipment. These include wire sheathing, non-conductive shrouds for connections, and so on. The correct implementation of safety regulations, extensive worker training, implementation of industry best practices, and use of PPE go a long way toward preventing arc faults from occurring. Given the danger involved, prevention is critical to worker safety. Yet, arc fault accidents still happen.

The dangers of working with electricity can only partially be eliminated. Even with the best prevention, accidents still happen; it is natural for people to make occasional mistakes, and equipment eventually breaks down or wears out. This is why Safeguard Equipment’s most recent product, the COMPASS Pro, combines its preventative voltage and current detection utilities with additional utilities designed to assist with an emergency response when accidents occur.

In particular, the new COMPASS Pro hardware detection unit has an arc flash sensor. The sensor detects only those light wavelengths that would occur from an arc flash, which is extremely bright. As soon as the unit detects an arc flash, the paired Safeguard Equipment app, installed on the user’s phone, begins a 60-second countdown timer. If the user does not cancel the timer, the App will automatically send an alert to an in-house emergency response team. The team can initiate the company’s safety response protocol, including summoning 911 services. This automated communications channel means an injured worker can get immediate help, even if that works or nearby workers are unable to initiate a call.