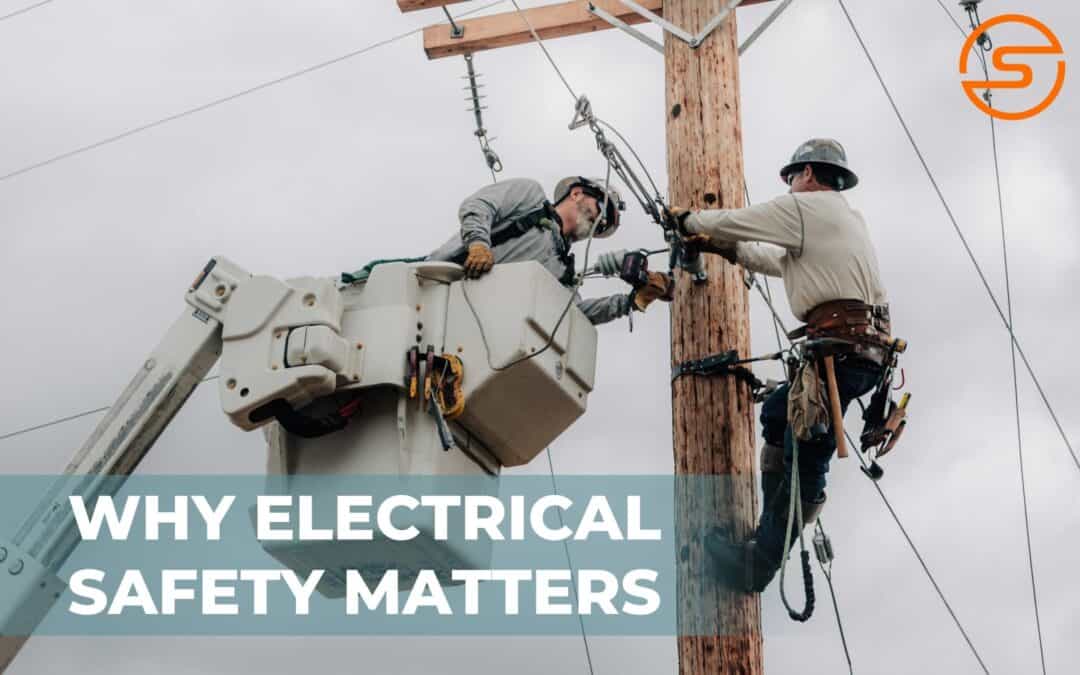 Electrical safety is an important issue for everyone. Electricity is everywhere and is involved somehow in almost every task we undertake. If you ever want to get a good idea of how much we depend upon it, you can try getting through a normal day with your power shut down. In many cases, this means not being able to do even the most basic tasks or benefitting from very basic conveniences. Everything from washing the dishes to cooking dinner to turning on a light to watching tv or surfing the internet is dependent upon a reliable source of electricity. Most people won’t even go for a morning jog without bringing their phones!

But the presence of electricity everywhere creates risk. According to a study by the National Institute of Health, every year in the United States, there are about 1000 deaths from electrical accidents and over 30,000 injuries.

Many measures have been taken to prevent such injuries in the home, from stringent regulations on the insulation of wires and the requirement for things like GFCI (ground fault circuit interrupter) outlets. Thankfully, these measures can minimize the likelihood of electrical injuries, but they still happen, particularly when parents don’t carefully protect their children from exposure, or set rules on what children may or may not do when it comes to plugs or powered devices. 20% of all electrical injuries occur to children, and most of these happen in the home. But even adults do not always appreciate the dangers of frayed power cord wires or of using small appliances around water.

When everyone depends on electricity in their homes and businesses, that means power must be brought to wherever new buildings are constructed. While some people have managed to go “off the grid,” for the overwhelming majority of people, power is generated at a generation facility that may be many miles away. Once generated, that power needs to be transported along power lines and through power poles. There have to be transfer stations, transformers, and distribution lines. When it reaches an end-use point, electricians will have to install circuit boxes and outlets, and wiring networks.

All of these components of a modern power grid system not only have to be built but will have to be maintained and repaired whenever necessary in order for modern life to go on. At every stage of the grid network, the risk of injury from working with electricity is very real.

Electrical injuries can take many forms. In an arc flash, a flashover current arcs through the air to another conductor or to the ground. It emits extremely bright light, heat, and pressure waves that can send debris flying. The explosion from an arc flash can be as loud as a rifle shot, and an arc flash event can result in burns, blindness (temporary or permanent), hearing loss, and shrapnel injury (from objects, usually molten metal, being blasted) to anyone in close proximity.

In shock injuries caused by direct contact with energized lines, injuries can take the form of burns, internal tissue damage, nerve damage, and fatal arrhythmia (stopping the heart). Indeed, cardiac events are a common cause of death, and survival from a shock event may depend upon how quickly CPR is administered to a shock victim.

Preventing and Responding to Electrical Injuries

Workers who work around energized lines must be thoroughly trained in safety practices and educated about how electrical injuries occur. In addition, these workers should always be equipped with safety-rated PPE and equipment, such as insulated gloves, sleeves, and boots; hard hats; grounding cables; and flame-resistant clothing. But one additional piece of safety equipment that is critical is a personal voltage and current detector (PVCD).

The basic purpose of a PVCD is to alert a worker that an energized line is near. This alert is designed to heighten the awareness of workers of danger so that they can take extra safety precautions. This is especially important in situations involving downed lines, lines that should be de-energized but aren’t, and lines that may be mismarked. This utility, alone, has already demonstrated that it can mean the difference between life and death. But PVCDs can now do much more.

The latest PVCD from Safeguard Equipment is called the COMPASS Pro. This is much more than a PVCD device. The COMPASS Pro consists of both a hardware detection device as well as a cell phone app-based software interface that creates an Emergency Response Solution for workers who operate around energized lines and equipment.

In addition to detecting voltage and current, the COMPASS Pro device also had arc flash, fall, head-impact, and man-down detection. The device is mounted to a hard hat, giving the user hands-free 360o detection of electrical or magnetic fields. Paired with the Safeguard Equipment app, the COMPASS Pro will automatically notify a designated response team any time it detects an injury event. If no help is needed, the user can indicate a false alarm with the simple touch of a phone screen. However, after 30 seconds of no response, the response team can summon emergency help, and the App will enable the team to provide emergency responders with accurate geo-location information to locate a downed worker.

The COMPASS Pro is intended to offer both preventative as well as responsive utility for the safety of workers who work with and around energized lines, and who work in jobs with significant fall risks. It can significantly reduce emergency response times for electrical or fall injuries, and provide co-workers with critical information about the welfare of their crew members. Creating an ongoing connection between home-office personnel and workers out in the field can relieve these parties of relying solely on inconvenient or missed check-in calls to monitor worker safety.

For more information about the COMPASS Pro Emergency Response Solution or to request a demonstration, contact Safeguard Equipment today.