The Difference Between Voltage and Current 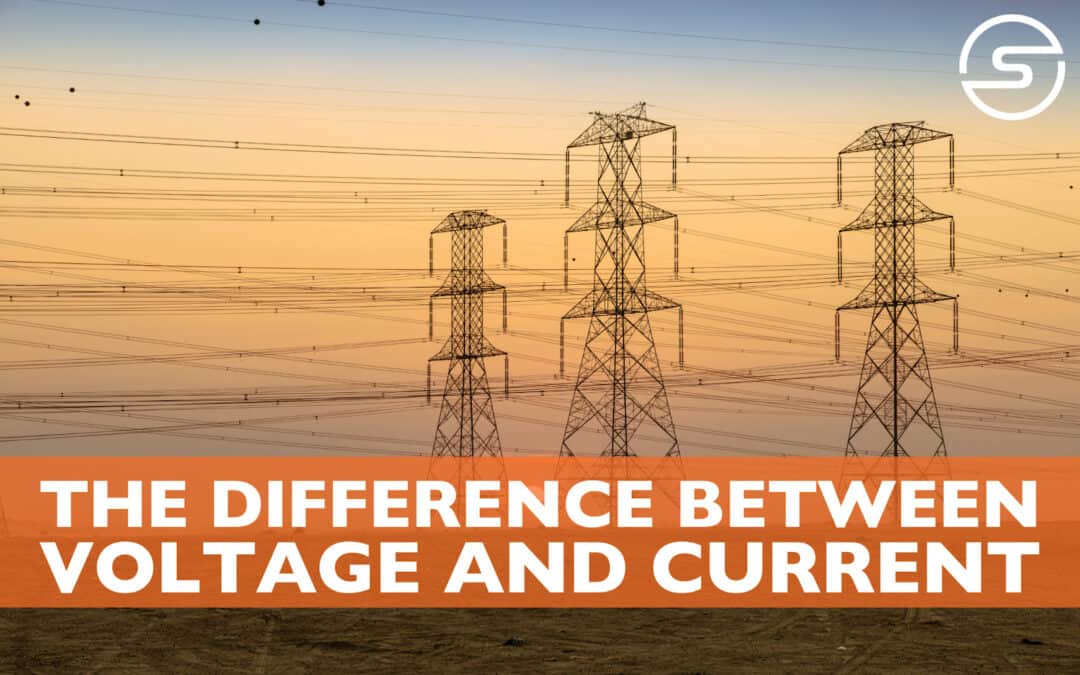 It is crucial for workers who work around electricity to be aware of high voltage lines and wires in which current is flowing because those lines represent hazards. In 2020, 126 workers died from electrocution incidents in the United States, most from direct contact with energized lines, and thousands more were injured. But what are we talking about when we use the terms voltage and current?

Even people unfamiliar with electricity have heard these terms but often need help understanding what they mean. Despite the reality of electricity, the concepts involved are somewhat abstract. After all, even though we know what electricity can do for us, we cannot see it. Without getting too technical, here is a basic explanation.

Voltage is the difference in electric potential between two points. Voltage is sometimes referred to as “electromotive force,” which can provide a better idea of what we are talking about if we break down that phrase into its components. The first part, “electro,” refers to the form of the energy as electricity, and “motive” refers to movement and force, which means the strength behind something. It is helpful to analogize it to something we can see.  A common way to visualize this concept is with a water analogy.

How Current is Related to Voltage

In this analogy, you can think of voltage as water stored behind a dam with a flow outlet at its base that feeds into a conduit. When the reservoir fills, the water pressure increases on the outlet. Similarly, when voltage increases, so does the electrical charge. So voltage pushes the charge – hence, “electromotive force.”

Water flowing through the conduit would be like electrons over a wire. The conduit would be the conductor, like a wire. We use the word current to describe how swiftly or strongly water flows, and electric current is similar. Current is a measure of the rate at which a charge flows past a given point in a circuit. So, for example, if we put a meter at one point on the conduit that measures the amount of water that flows past that point over time, we could define the current in gallons per minute. The greater the push or voltage, the higher the current. For electric current, the unit of measurement is an ampere. An ampere is the amount of current that would flow if one volt of electrical pressure were to push against one ohm of resistance.

Resistance, in this case, would be something that blocks or slows down the flow through the conduit, essentially pushing against the force of the water. When something resists the water flow, like a barrier, the water will build up or back up behind that obstacle. In an electrical circuit, when there is resistance to the flow of electrons, instead of water backing up, there is a buildup of energy, which is usually given off as heat.

Detecting Both Voltage and Current for Safety

One reason for the reduction in electrical injuries is the improvements made in PPE, equipment, and the procedures that workers use. One crucial component of PPE is a personal voltage and current detector (PVCD).

Safeguard Equipment has been developing PVCDs since its founding in 2016. Their flagship product, COMPASS, was the first detector to detect voltage and current. With the COMPASS, workers are provided advanced warnings of electrical dangers. The COMPASS clips on a stiff hat or shirt and gives visual and audible signals that warn users of the presence and approximate location of energized lines anywhere within a 360-degree radius.